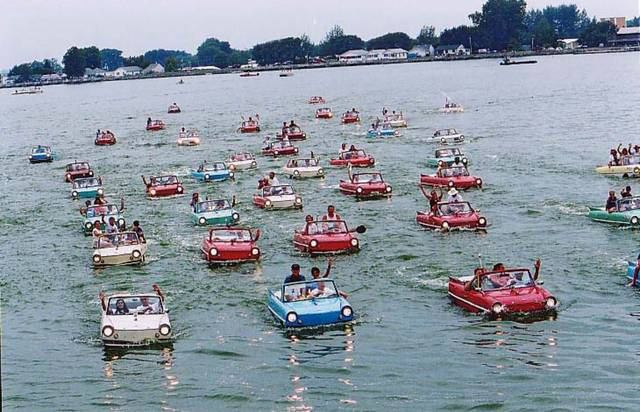 Welcome to our February 1st edition of the MMR Community Newsletter. We are excited about this issue because we are inviting you to glimpse at how portions of our issues will look in the future. Clicking on this link will take you to our new website where you can read articles that are also introduced below.

We would greatly appreciate your comments.

By now, fellow enthusiast, you have either seen or heard all about the “race” at Daytona and you have probably formed an opinion about it.

In response to a question about how much he enjoyed his first site of Niagara Falls, then the honeymoon capital of the world, Oscar Wilde reportedly replied that ”Niagara Falls is the second great disappointment in a young married woman’s life.” Except for a fortunate few who win it, much the same could be said for the 24 Hours of Daytona yearly dreary.

Last week we asked veteran driver Brian Redman, who won his first Daytona 24 Hours race there 49 years ago, to share his thoughts about last weekend. We know you will enjoy Brian’s perspective.

Perhaps it is the absence of any racing for several months that conditions us to expect a great race. And perhaps, it is the magnitude of a 24 hour enterprise and the audacity of the participants who dare such a marathon. Either way, both the 24 Hours of Daytona and Le Mans, strictly from a spectator’s experience can be a challenge to enjoy. The exception is the experience offered by Steve Austin’s Great Vacations. Steve’s guests share the pit and hospitality suite with the French Prototype 2 Class Champion Oreca Team. Guests are also ferried to important corners of the track during the race to take in the full experience of the 24 Hours of Le Mans. Steve informed me that he has two spots left for this June. Contact him at his website: www.steveaustinautomobilia.com. Tempted? Remember Le Mans has crepes and Grand Marnier!

Now on to the 22 Hours of Daytona! Regular readers will know that I am not a fan of the facility and some of the reasons I don’t like it explain why it was shortened by two hours. My thoughts on any event are always written from the paying enthusiast’s view. Racers, race track owners, sponsors, car owners, and race governing bodies each have a vision of what they would like to see happen at a race meet. Each has a seat at the table and plays a part in seeing that what they want happens. We would like to believe that we are the little heard voice of the enthusiast. We don’t have a seat at the table but we do have a seat in the stands and in front of our TVs. Our participation is crucial. I like to think that the critical feedback you share with us and what then appears in this Newsletter contribute to making the product better.

Last week we asked veteran driver Brian Redman, who won his first Daytona 24 Hours race there 49 years ago, to share his thoughts about last weekend. We know you will enjoy Brian’s perspective.

This year’s rain delayed and then abbreviated broadcast had some very exciting moments. Particularly the rain sequences shot from the driver’s view. It is hard not to admire the talent and courage of people who can do what they do at these speeds with such confidence. And it is equally difficult not to feel guilty for enjoying watching people risk their lives. Say what we will about the “good old days” the advent of the technology that shows us more precisely what a driver experiences has added dramatically to the spectator experience. Frankly watching three cars inches apart on a banked oval at speeds upwards of 150MPH on a sunny day has nothing on a driver turning into a flooded corner at 80 MPH in the dark with a car ahead of him and one behind, six feet apart. Watching great drivers risk life and limb to pass competitors is what enthusiasts want. It is a guilty pleasure. No one wants to see drivers injured, yet it is the “risk” of them being injured or dying which attracts many enthusiasts. In some perverse way, “dangerous” driving such as this may have encouraged networks and sponsors to eliminate circumstances which might prove fatal and for which they could possibly be held financially responsible. Great racing, both for the driver and the spectators, demands putting a car on the edge and keeping it there. And sometimes awful things happen. And many go to see that also.

In the final racing moments of last Sunday’s race, when parts of the track were flooded and the track was still green, some drivers told their crews they felt that it was too dangerous to race, yet no cars were called in by their teams and ordered to park. And not one driver did so of their own volition. Nobody in the stands said it was too dangerous to race and none of the fans watching at home said “stop it”. Let’s be clear, few drivers would drive into the pits because they are afraid. Was the decision to stop the race taken because drivers are not expected to come in when conditions are too dangerous or was it that teams no longer wanted to risk expensive equipment?